This workshop springs from a three year ESRC/Newton/FAPESP funded project on Mental Health, Migration and the Mega-City (M3), shared between Global Health and Social Medicine, King’s College London, Cambridge University, Cardiff University, Fudan University School of Public Health, Shanghai, and Sao Paulo University Medical School. The workshop focus will be on new data, ideas and discussions arising from the project’s work in Shanghai and Sao Paulo, and elsewhere, on what specific aspects of migrant life in contemporary mega-cities are either producing or exacerbating the production of urban mental illness what insights might be gained from sociology, urban studies, epidemiology, psychiatry and neurobiology, to understand how ordinary lives on migrant streets can sometimes generate the forms of distress that we recognise as mental disorder what policy developments must be prioritised to secure and improve mental health of migrants in contemporary megacities.

The program can be downloaded here.

1. Completed Work Package 1 literature review on the mental health and life of rural-urban migrants in Shanghai.

3. We have added an additional Work Package 4, which will collect data on mental health and surrounding social and physical environment with the mobile app ‘Urban Mind’ developed with colleagues at King’s College, London, now being revised for use in China and other M3 cities (http://urbanmind.info/home )

4. We have won an additional grant from the King’s – The São Paulo Research Foundation (FAPESP), to pilot a parallel study in São Paulo: Mental Health, Migration and the Mega City (Sao Paulo)’ – M3SP

5. We are in discussion with colleagues in Toronto and in Sydney to develop versions of our work in those cities.

6. We have won a workshop grant from Brocher Foundation. Our workshop on Migration, Mental Health and the Mega-City will be held on 24-25 January, 2019, in Geneva, Switzerland.

Li, J. and Rose, N. Urban social exclusion and mental health of China’s rural-urban migrants – a review and call for research, under review in Health and Place

Richaud,L. and Amin, A. Life Amidst Rubble: Migrant Mental Health in Urban China and the Management of Subjectivity. To be submitted to Public Culture

Gao, et al., Workplace social capital and mental health of rural migrants in Shanghai. To be submitted to Journal of Immigrant and Minority Health

Li, J. and Liu, Z. China’s migrants’ housing stress and mental health. To be submitted to Environment and Planning A

Neuropolis in PLuS Alliance Symposium

Two sessions on Neuropolis were organised by Professor Nik Rose from KCL and Professor Jill Bennett from UNSW for the PLuS Alliance Symposium held on 20 April 2017. Nik talked about the cutting-edge research on neuro-urbanicity with case on mental health, migration and urbanisation in China. Dr. Andrea Mechelli and his colleagues introduced their exciting smartphone app Urban Mind that can capture real time data on people’s mental health status and their surrounding urban environment. Then Jill talked about her ‘Big Anxiety’ project and shared her thoughts on how to leverage art and culture to improve mental well-being. In the afternoon session participants discussed practical matters such as how to get people to use the app and future collaboration opportunities under PLuS Alliance.

On the new Policy Forum Pod, Professor Nikolas Rose discusses how urbanisation is affecting our mental health, how to understand the meaning of stress in urban life, and what policymakers can do to take the stress out of city living: https://www.policyforum.net/mental-health-migration-and-megacities/ 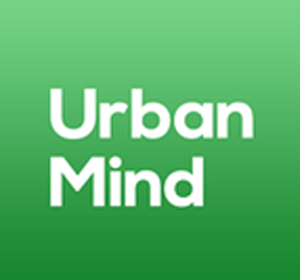 We have added an additional Work Package 4, which will collect data on mental health and surrounding social and physical environment with the mobile app ‘Urban Mind’ developed with colleagues at King’s College, London, now being revised for use in China and other M3 cities.

The Urban Mind app is a project lead by Dr Andrea Mechelli, a neuroscientist at King’s College London. It aims to understand how different aspects of the urban environment affect mental wellbeing by collecting real-time data about your current urban environment, lifestyle and mental wellbeing, seven times per day over a period of one week. We hope that the results will inform future urban planning and social policy aimed at improving design & health.