Sociology and psychiatry – re-thinking the archive 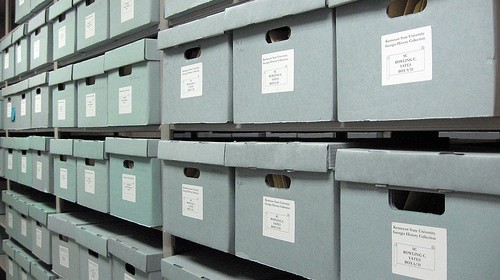 What would it mean for the sociology of urban life to become much more centrally invested in questions of mental health? Or: how would our understanding of the political-economies of urban space change, if we began to thread them through an account of our neurogenetic architecture – through which we have come to know much more about the ways in which human lives are made and lived in such spaces?

One of the core intuitions that guided us in putting this project together was that, in fact, these links had once been much more strong than they are today. It’s a bit of a caricature, but still we want to suggest that there was an era in sociological theory and research (before the much-noticed ‘hermeneutics of suspicion’ that characterizes many such interactions today) when questions of mental health were much more central to the discipline, and interactions with the psychiatric sciences much more free-flowing and ‘natural.’

Indeed, from our initial reading of historical interest in biology and psychiatry n the key sociological journals, it is striking how intimate an early sociology was with a co-evolving attention to mental health and psychiatric disorder in the clinical sciences. Here we do not only refer to the classic work of Simmel (1913) on ‘mental life in the metropolis,’ or the well-known psychiatric-epidemiological  texts of Faris and Dunham (1939), or Hollingshead and Redlich (1954) – but also to some much more deeply-grained, tacit assumptions, within the development of a social science, that biologically-understood questions of mental life were also core to a sociological interest. Consider, for example, this contribution by Trigant Burrow, writing in the American journal of Sociology in 1926: ‘In our interpretation of objective disease entities,’ says Burrow…

we have quite naturally assumed a position that fully recognizes their communicable nature. We see to it that our cities shall be sanitary in their water sources and that our public buildings shall be provided with the proper conditions of ventilation. We lay great stress upon the quality of the food supply to our various communities, with a view to providing the requisite resistance to disease among the various individuals composing such communities. But within the sphere of our mental life we are quite callous to the danger of possible communication to the individual of mental impressions such as may pollute our social mind. We do not recognize that of all communicable diseases the most communicable are mental diseases, that in the sphere of mental disharmonies communicableness is itself the essential disease” (1926: 86-87, emphasis in original).

If an  attention to mental health is here positioned as a vital and obvious part  of social inquiry, then there might be an important genealogical question to be asked about where such an interest came from, and, perhaps more importantly, where it went, in the development of sociology (or of sociologies) in the century that followed. One of the key themes that animates our interest, then, is this: if we can begin to trace, and even to re-animate, these historical gaps and continuities, which seem to constitute the space between social and biological-psychiatric research, will we learn anything important for the encounter (and the potential for encounter) between those sciences today?

Suspicion, of course, has had its historical justifications – not least when we recall how deeply racialized and gendered accounts of human life were configured in the early entanglement of bio-logical and socio-logical interest. Nonetheless, we want to risk asking if such a genealogical attention can tell us anything about some productive and positive relationships that we might want to imagine, and that we may even want to help bring into being, between these practices today. This, at least, is a question we are currnetly asking ourselves – and is the theme of a paper abstract we have submitted to the British Sociological Association for its annual meeting in April 2014. The abstract is below.

Up to about 1950, psychiatric questions were at the heart of sociological theory and research. This interest is traceable not only through the classic studies of Faris and Dunham (1939) or Hollingshead and Redlich (1954) on urbanicity, class and mental health – but through a more cosmopolitan attention to the aetiological intersections between social and urban life, the embodiment of poverty and class, and the development of psychiatric and neurobiological problems (Hankins, 1926; Cobb, 1931; Burrow 1937). That work is now little remembered.  And yet such was the level of attention that in 1967 two prominent sociologists were moved to criticize their colleagues  for having become so ‘intrigued with mental illness as a phenomenon’ – even daring ‘to learn for themselves how “it” occurs’ (Schatzmann and Strauss, 1967: 4).

It scarcely caricatures the history of sociology to say that Schatzmann and Strauss’s critique held sway. In the following decades, sociology moved from being a prominent co-producer of psychiatric knowledge to being, perhaps, the foremost critic of psychiatric labelling, and psychiatric power (Scheff, 1964, Foucault, 2008). Certainly, these critiques were not based on fantasies.  But in this paper we want to risk reimagining and revitalising that archive of connection and shared interest. Tracing the history of crossings between urban sociology and psychiatry, we ask: what happened to that older discipline, with its lively interest in the rich intersection of urban and social space, and the psychiatric and neurobiological vicissitudes of social life? What could a 21st-century sociology take from its archive?